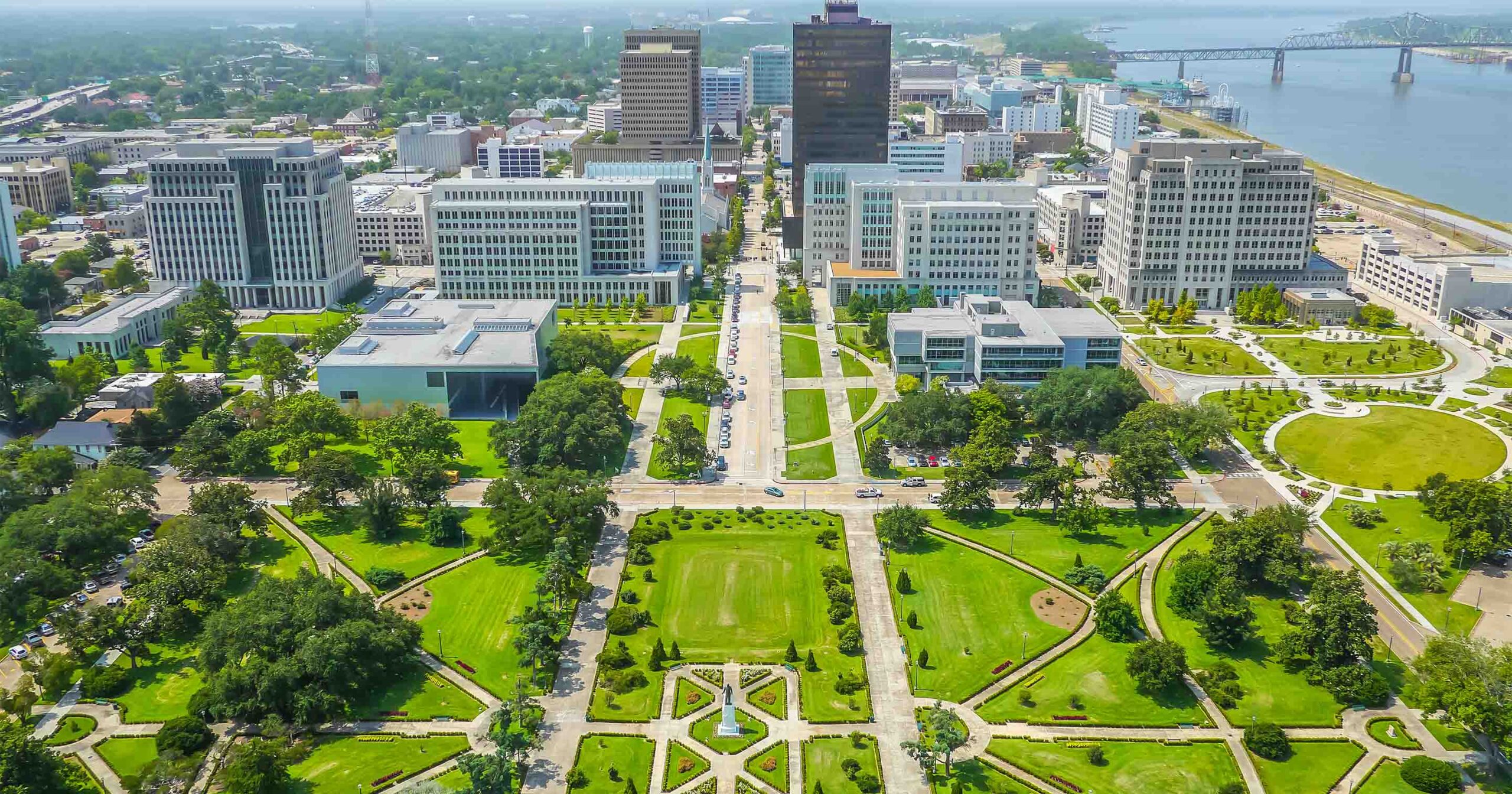 You won’t regret moving to Baton Rouge, whether you enjoy learning about a town’s history, exploring its distinct architecture, or witnessing a medley of various customs and traditions. Baton Rouge, the capital of Louisiana, is one of the liveliest hubs in the state and is renowned for its diverse cuisine, entertaining music, and unique culture.

Baton Rouge, located an hour northwest of New Orleans and an hour east of Lafayette, is bordered by the winding Mississippi River on its western side. Baton Rouge, home to many colleges and universities, serves as an involved social atmosphere for young people. Its streets show over 300 years of history in Louisiana, as well as the fascinating combination of Portuguese, French, and Spanish origins in the state.

Baton Rouge has a bit of something for everyone, from the delicious smells and tastes of Baton Rouge’s Creole cuisine to the thrilling nightlife of the area. Be sure to tour the numerous plantations in the area and visit the Shaw Center for the Arts once you’ve finished moving into your new home. And, of course, the Mardi Gras festival in Baton Rouge is a lifetime experience!

What do you need to know before moving to Baton Rouge, LA

Baton Rouge is Louisiana’s second-largest city after New Orleans, with a population of around 228,000 people. Baton Rouge ranks as the 99th most populous city in the US of the nation’s 314 cities with 100,000 residents or more. Not only does the city boast size, but it also boasts a lively and colorful atmosphere on the east side of the Mississippi River, a medley of cultures, delicious food, and fascinating history. You will acquire invaluable knowledge of the capital city of Louisiana if you chose to settle in Baton Rouge, and you will build unique memories along the way.

Pros:
Delicious Food
High-ranking by U.S. News
A mix of young and old
Combination of History and Culture

In Baton Rouge, the median household income is $38,790 a year. However, a family of four living in this Louisiana city needs to raise around $75,700 annually, according to the Family Budget Calculator, to pay the approximate $6,300 a month needed for the following expenses: lodging, food, childcare, transportation, healthcare, taxes, and other necessities. Based on these numbers, both parents need to work to live comfortably.

Sales Tax:
Baton Rouge’s aggregate sales tax rate is high at 9.95 percent, according to Avalara.com, but this figure includes sales tax rates for the state, area, and county. The real sales tax rate for the capital of Louisiana is a comfortable 5.5 percent. There are also areas of Baton Rouge that have no sales tax, such as East Baton Rouge Parish.

About half of the residents of Baton Rouge are homeowners, while 44 percent of the residents rent. The median home value in Baton Rouge was $162,900 as of July 2019, which is slightly less than the median national home cost of $229,000. Home prices have dropped 1.5 percent over the past year, according to Zillow, and are expected to continue to drop another 1.5 percent in 2020. The median rental price is $1,250 if you choose to rent, significantly lower than the national average monthly rent of $1,390.

Brownfields, Central, Baker, and Zachary are a couple of the cheapest neighborhoods in Baton Rouge. Although there’s a risk that crime rates in these areas could be higher, this is not always the case.

Jobs in construction and mining; manufacturing; commerce, transportation and utilities; information; finance; technical and business services; education and health services; hospitality; and government are available with a diverse employment base.

Filling out application forms and planning for the required tests are some tips to help you find a rewarding career in Baton Rouge. You should visit the Louisiana Workforce Commission if you’re unsure about what job to apply for, and they’ll help you decide which profession you should pursue.

What to do when moving to Baton Rouge?

The unusual medley of culture, history, and architecture of Baton Rouge makes it an exciting town to explore. There is not a lack of things to do in and around Baton Rouge, from festivals to museums, to restaurants. You can dive deep into the rich vibrancy of one of the liveliest cities in Louisiana, no matter whether you’re from the big city or the region.

The Shaw Center for the Arts is located on the eastern banks of the Mississippi River and is an immersive museum for people of all ages. If you’re interested in immersing yourself in Baton Rouge’s history, you can visit some of the pre-Civil War plantation houses.

A visit to the State Capitol of Louisiana, now a museum, gives you a glimpse of a classic antebellum landmark. To explore nature, would you like to take a break from history? Enjoy the Bluebonnet Swamp Nature Center or visit Louisiana State University with Mike the Tiger.

You can see Baton Rouge’s favorite sports teams face off at LSU Tiger Stadium if you’re a sports fan. College football is a popular pastime of the people of Baton Rouge, and the Louisiana State University Tigers and the Southern University Jaguars are some of the city’s favorite players.

You may be pursuing a form of higher learning. If so, the Baton Rouge region has 15 colleges and universities. Louisiana State University is home to the region, but there are also colleges for students pursuing education, among many other degree programs, in the medical, technical, or culinary arts fields.

The three interstates that cross Baton Rouge are I-10 continues through the city toward New Orleans, beginning at the Horace Wilkinson Bridge. In the city center, I-12 begins and continues east. I-110 runs north-south to Baton Rouge Metro Airport, running through downtown and heading north.

Baton Rouge is notorious for having some of the worst traffic in the country, even though Walkscore.com scores Baton Rouge 41/100 for walkability, which means that most people are reliant on cars. The Advocate rates congestion as the 19th worst traffic delay in the US on I-10 and I-110. The rail, highway, airport, and shipping transportation network creates complex congestion in and around the area, given its position as a major port and cargo center. Then, traffic takes on another challenge when you introduce specific activities like Mardi Gras or football games.

You’re better off using public transport if you don’t want to get caught up in traffic, as biking has also earned a low rating of 43/100. Within the city of Baton Rouge, the bus service is operated by the Capital Region Transit System (CATS). Taxis and shuttles are available as well.

Moving to Baton Rouge?
We offer you the finest, reliable, best interstate moving companies we have handpicked and verified for moving.